Home » Achievements of Dr. Richard Beyerlein MD in Eugene, OR

Achievements of Dr. Richard Beyerlein MD in Eugene, OR

OBGYN’s specialize in Obstetrics and gynecology. Dr. Richard Beyerlein MD, CPI, FACOG has specialized in women’s care for over 30 years. Read more about him below. Call us for more information. 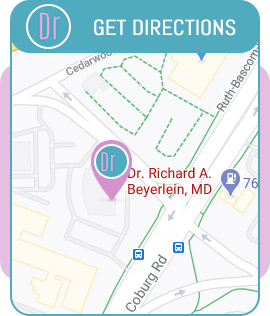 *For any medical procedure, patients respond to treatment differently, hence each patient’s results may vary.
**In case of a life threatening emergency, immediately call 911.
***Information on this site is not intended or implied to be a substitute for professional medical advice, diagnosis or treatment. All content contained on or available through this site is for general information purposes only.
****By using this website and sending us your information, you are giving us permission to contact you by electronic and non-electronic means. We also track the conversions and collect user data to improve marketing.
*****If you are vision-impaired or have some other impairment covered by the Americans with Disabilities Act or a similar law, and you wish to discuss potential accommodations related to using this website, please contact us.

How may I help you?